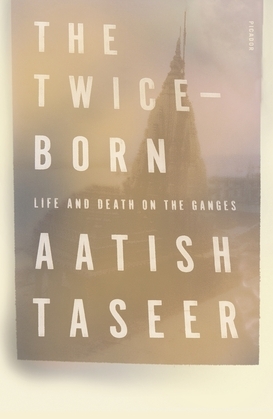 In The Twice-Born, Aatish Taseer embarks on a journey of self-discovery in an intoxicating, unsettling personal reckoning with modern India, where ancient customs collide with the contemporary politics of revivalism and revenge

When Aatish Taseer first came to Benares, the spiritual capital of Hinduism, he was eighteen, the Westernized child of an Indian journalist and a Pakistani politician, raised among the intellectual and cultural elite of New Delhi. Nearly two decades later, Taseer leaves his life in Manhattan to go in search of the Brahmins, wanting to understand his own estrangement from India through their ties to tradition.

Known as the twice-born?first into the flesh, and again when initiated into their vocation?the Brahmins are a caste devoted to sacred learning. But what Taseer finds in Benares, the holy city of death also known as Varanasi, is a window on an India as internally fractured as his own continent-bridging identity. At every turn, the seductive, homogenizing force of modernity collides with the insistent presence of the past. In a globalized world, to be modern is to renounce India?and yet the tide of nationalism is rising, heralded by cries of ?Victory to Mother India!? and an outbreak of anti-Muslim violence.

From the narrow streets of the temple town to a Modi rally in Delhi, among the blossoming cotton trees and the bathers and burning corpses of the Ganges, Taseer struggles to reconcile magic with reason, faith in tradition with hope for the future and the brutalities of the caste system, all the while challenging his own myths about himself, his past, and his countries old and new.