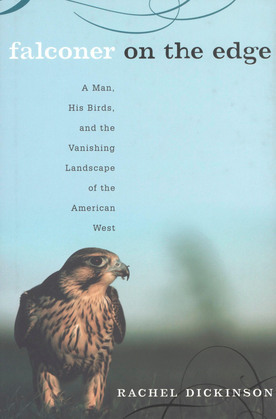 Falconer on the Edge

Falconer Steve Chindgren is a man willing to make extreme sacrifices to continue practicing the sport that has ruled his life. This portrait of him and the world he inhabits conveys a sense of falconry’s allure: the unpredictable nature of the hunt and the soaring exhilaration of success.

Further exploration unveils the enormous emotional cost to a falconer who establishes an extraordinary tie to his birds. When, in the space of two days, Chindgren loses two birds that he’d been training for years, he is plunged into a profound depression that is only deepened when Jomo, his best bird, slows down because of old age. In addition to this challenge, Chindgren faces the danger to falconry that the modern world presents. Grouse habitat is being degraded by mining, agriculture, and gas industry interests. And the number of falconers is dwindling—the corps is graying and has few acolytes.

Falconry is a sport that requires persistence, stoicism, and sacrifice; in this captivating account, Dickinson illuminates a fascinating subculture and one of its most hardcore personalities.
Publication date
May 12, 2021
Publisher
Houghton Mifflin Harcourt
Page count
252
ISBN
9780547523835
Paper ISBN
9780618806232
File size
2 MB