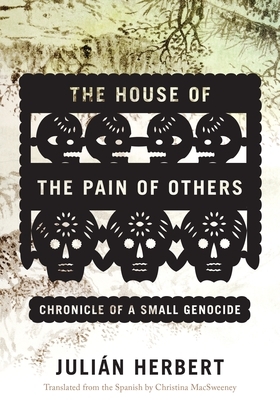 The House of the Pain of Others

Early in the twentieth century, amid the myths of progress and modernity that underpinned Mexico’s ruling party, some three hundred Chinese immigrants—close to half of the Cantonese residents of the newly founded city of Torreón—were massacred over the course of three days. It is considered the largest slaughter of Chinese people in the history of the Americas, but more than a century later, the facts continue to be elusive, mistaken, and repressed.

“And what do you know about the Chinese people who were killed here?” Julián Herbert asks anyone who will listen. An exorcism of persistent and discomfiting ghosts, The House of the Pain of Others attempts a reckoning with the 1911 massacre. Looping, digressive, and cinematic, Herbert blends reportage, personal reflection, essay, and academic research to portray the historical context as well as the lives of the perpetrators and victims of the “small genocide.” This brilliant historical excavation echoes profoundly in an age redolent with violence and xenophobia.