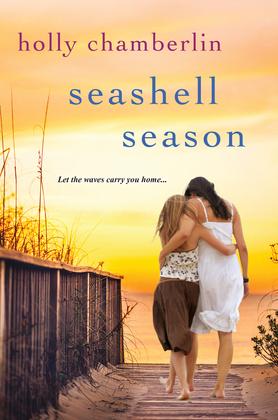 by Holly Chamberlin (Author)
Excerpt
Fiction Contemporary women
warning_amber
One or more licenses for this book have been acquired by your organisation details
EPUB
Unlimited loans, One at a time
Details
A mother struggles to reconnect with her long-lost daughter in a picturesque Maine beach town in this novel by the author of Barefoot in the Sand.

Every year on March 26, Verity Peterson visits Ogunquit Beach, where she puts a handwritten message into a bottle and launches it into the waves. It’s a ritual of remembrance for the daughter she hasn’t seen in sixteen years—not since her baby’s father, Alan, took two-month-old Gemma and disappeared. Verity keeps searching and hoping, sustained by the thought that someday she might get to be a mother to her own child. And finally, one phone call may change everything . . .

Verity learns that Alan is now in jail on abduction charges—and Marni Armstrong, born Gemma Peterson-Burns, is coming to live with Verity in Yorktide, Maine. But this isn’t the joyful reunion Verity imagined. Gemma has been raised to believe Verity was an unfit mother who left Alan no choice but to take her out of harm’s way. Over the course of one summer, Verity tries to reach a tough, wary young woman who’s more stranger than daughter. And Gemma must reexamine everything she thought about her parents—and decide whether to trust in a relationship that, though delicate as a seashell on the surface, could prove to be just as beautiful and resilient.
Publication date
July 01, 2016
Publisher
Kensington Books
Page count
352
ISBN
9781496701534
Paper ISBN
9781496701527
File size
1 MB
3147712
item