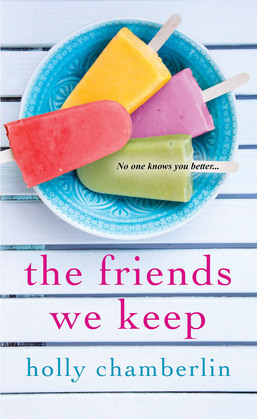 The Friends We Keep

by Holly Chamberlin (Author)
Excerpt
Fiction Contemporary women
warning_amber
One or more licenses for this book have been acquired by your organisation details
EPUB
Unlimited loans, One at a time
Details
Three college friends reunite in Boston after two decades—and find their old bond tested by a betrayal—in this novel by the author of All Our Summers.

In her college freshman year, Sophie Holmes met Eva and John, forging the kind of deep friendship that seems destined to last forever. But time proved otherwise, and Sophie married and moved to Los Angeles. Now, two decades later, newly divorced and adrift, Sophie has returned to Boston, and instinctively reaches out to the people who once defined her world.

Though they’ve stayed in the same city, Eva and John too have grown apart. Eva is an ambitious advertising executive who favors flings over relationships. John is a dedicated lawyer wondering if he's left it too late for love and marriage. Through Sophie’s reappearance, their connection crackles to life once more. Just as they did long ago, the three confide their longings and secrets—until old insecurities and new betrayal threatens to shatter their bond for good.