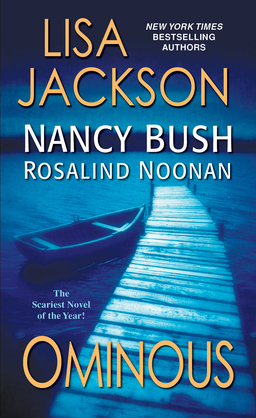 by Lisa Jackson (Author), Nancy Bush (Author), Rosalind Noonan (Author)
Excerpt
Fiction Mystery & detective Suspense
warning_amber
One or more licenses for this book have been acquired by your organisation details
EPUB
Unlimited loans, One at a time
Details

A secret from their youth plunges three adult women into a deadly nightmare in this suspense thriller by three New York Times–bestselling authors.

In the photograph, three teenaged girls splash in the lake on a sweltering summer evening. Shiloh, Kat, and Ruth are unaware of the man who spies on them from the woods. They have no idea how their lives will be changed by the brutal violence that follows—and the vow of secrecy they take.

Fifteen years later, Ruth and Shiloh have both returned to Prairie Creek, Wyoming, where Kat is deputy sheriff. Though they’ve tried to leave their shared past behind, each has the feeling that someone is lurking in the shadows. When a local girl vanishes, Kat is convinced there’s a connection to that long-ago night. But as the friends unite to find the missing teenager, a killer sends a chilling message.

FOR A KILLER’S VENGEANCE

He’s still there. And he hasn’t forgotten. For so long he’s made do with other victims, but they can’t compare to the ones who got away. The ones who keep searching for him, blind to the terrifying truth that they are not the hunters, but his prey . . .

“This collaborative novel has all the tension and suspense that Jackson fans expect. The web of family ties and secrets creates a strong plot. Readers who enjoy shows like Criminal Minds will find the serial killer satisfyingly scary.” —RT Book Reviews