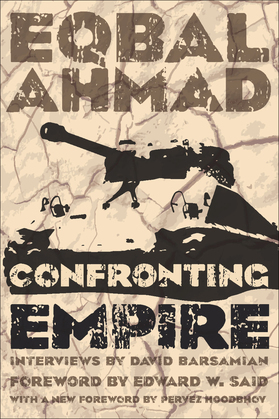 Edward W. Said once urged the legendary Eqbal Ahmad not to “leave your words scattered to the winds, or even recorded on tape, but collected and published in several volumes for everyone to read. Then those who don’t have the privilege of knowing you will know what a truly remarkable, gifted man you are.”