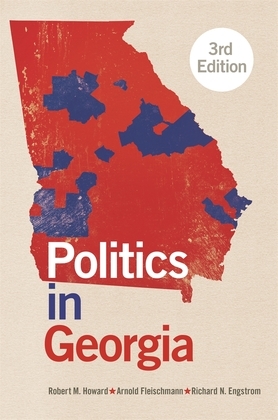 This new edition has been extensively updated to reflect developments in Georgia politics and government since 2007—a decade that has seen three presidential election cycles, two midterm elections, and a census. Updates reflect not only changes in how Georgia is governed but also the economic and social trends helping to drive those changes. These include the continued growth and dispersal of His panic and Asian populations; the decline, by a variety of measures, of rural areas; and the moderating effect of probusiness government factions on social conservative agendas.

This edition maintains the book’s comparative approach, which examines the state from three revealing perspectives. This allows readers to determine the extent to which Georgia is similar to its peers on such topics as the length and features of the constitution, the organization of the state government, and the nature of policies. All this allows students and scholars to have a better understanding of the political and economic dynamics of Georgia and the relationship of those dynamics to national political and economic developments. The result is a thorough, up-to-date resource on Georgia’s dynamic political system.

Features:
-Coverage of trends and events since the prior edition appeared in 2007
-Analysis of the most recent state elections
-A rewritten chapter on the judiciary that reflects greater representation of women and minorities on the bench and a sharp rise in Republican appointees
-A rewritten chapter on policy, with added detail on such topics as transportation, the environment, education, social welfare, and public safety and security
-Extensive revisions to sections on the U.S. Constitution
-The removal of a chapter on public opinion so that its contents can be more tightly woven throughout the book
-Greater attention to the increased power of interest groups
-Acknowledgment throughout of the impact of the web and social media in politics and government