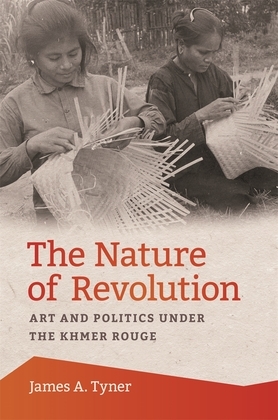 The Nature of Revolution

The Nature of Revolution provides the first account of art and politics under the brutal Khmer Rouge regime in Cambodia. James A. Tyner repositions Khmer Rouge artworks within their proper political and economic context: the materialization of a political organization in an era of anticolonial and decolonization movements. Consequently, both the organization’s policies and practices—including the production of poetry, music, and photography—were incontrovertibly shaped by and created to further the Khmer Rouge’s agenda.Theoretically informed and empirically grounded, Tyner’s work examines the social dimensions of the Khmer Rouge, while contributing broadly to a growing literature on the intersection of art and politics. Building on the foundational works of theorists such as Jacques Rancière, Theodor Adorno, and Walter Benjamin, Tyner explores the insights of Leon Trotsky and his descriptions of the politics of aesthetics specific to socialist revolutions. Ultimately, Tyner reveals a fundamental tension between individuality and bureaucratic control and its impact on artistic creativity and freedom.