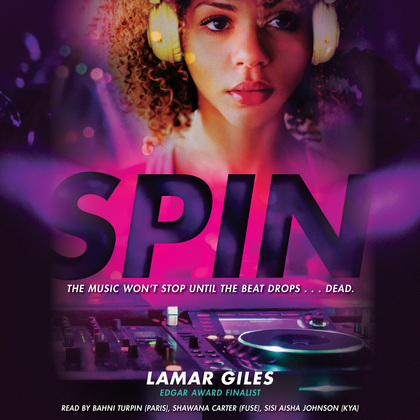 Lamar Giles is back with another nonstop, addictive, edge-of-your-seat thriller about best friends, murder, and music.

When rising star Paris Secord (aka DJ ParSec) is found dead on her turntables, it sends the local music scene reeling. No one is feeling that grief more than her shunned pre-fame best friend, Kya, and ParSec's chief groupie, Fuse -- two sworn enemies who happened to be the ones who discovered her body.

The police have few leads, and when the trail quickly turns cold, the authorities don't seem to be pushing too hard to investigate further. Only no one counted on Paris's deeply loyal fans, ParSec Nation, or the outrage that would drive Fuse and Kya to work together. As ParSec Nation takes to social media and the streets in their crusade for justice, Fuse and Kya start digging into Paris's past, stumbling across a deadly secret. With new info comes new motives. New suspects. And a fandom that will stop at nothing in their obsessive quest for answers, not even murder . . .