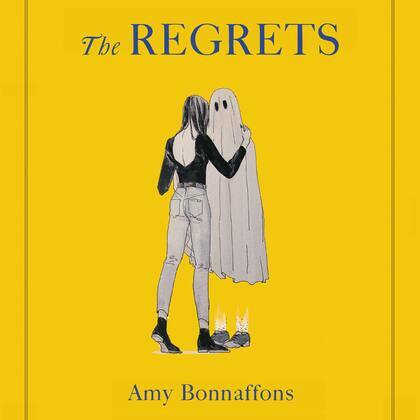 by Amy Bonnaffons (Author), Christie Moreau (Narrateur), Gary Tiedemann (Narrateur), Jay Ben Markson (Narrateur)
Excerpt
Fiction Literary Contemporary women
AUDIOBOOK
Unlimited loans, 2 years, One at a time
Details
Reality and dream collide in Amy Bonnaffons's "dazzling," wildly inventive "miracle of a love story" about an affair between the living and the dead (NPR)
For weeks, Rachel has been noticing the same golden-haired young man sitting at her Brooklyn bus stop, staring off with a melancholy air. When, one day, she finally musters the courage to introduce herself, the chemistry between them is undeniable: Thomas is wise, witty, handsome, mysterious, clearly a kindred spirit. There's just one tiny problem: He's dead.
Stuck in a surreal limbo governed by bureaucracy, Thomas is unable to "cross over" to the afterlife until he completes a 90-day stint on earth, during which time he is forbidden to get involved with a member of the living -- lest he incur "regrets." When Thomas and Rachel break this rule, they unleash a cascade of bizarre, troubling consequences.
Set in the hallucinatory borderland between life and death, The Regrets is a gloriously strange and breathtakingly sexy exploration of love, the cataclysmic power of fantasies, and the painful, exhilarating work of waking up to reality, told with uncommon grace and humor by a visionary artist at the height of her imaginative power.
Publication date
February 04, 2020
Publisher
Little, Brown & Company
ISBN
9781478999669
Paper ISBN
9780316516167