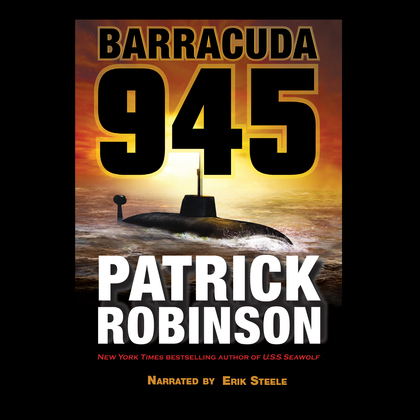 The Barracuda 945 is the ultimate weapon. A jet-black Russian nuclear hunter-killer, it runs deep, and its silence and speed are unparalleled. It can stay submerged indefinitely, and can fire land-attack missiles from below the surface. Invisible to any pursuer, it is nearly impossible to track in the millions of square miles of ocean water. In the hands of the navy, it brings instant credibility and respect. In the hands of a diabolical terrorist, it brings sheer terror.

Admiral Arnold Morgan, the President’s National Security Advisor, meets his greatest enemy yet, a military genius who now leads the most vicious terrorist group in the Middle East. Morgan valiantly marshals America’s forces, nearly helpless in the face of an enemy they cannot detect, a nightmare of modern warfare.