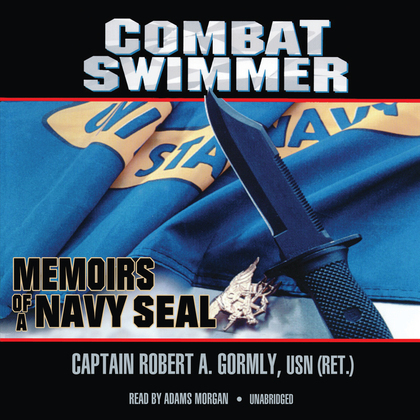 The US Navy SEALs created a legend that would grow throughout the Vietnam War, earning an enemy bounty to anyone who could capture or kill one. As leader of the SEALs, Captain Robert A. Gormly tells his amazing story, taking us into some of the most hair-raising missions ever assigned.

After a career including two tours of duty in Vietnam as well as top-secret missions in the Persian Gulf, Gormly examines war from a strategic point of view as well as from his own personal experience. In his vivid, gut-wrenching descriptions, the Mekong comes alive, as hours of careful stalking explode into incredible fusillades of violence. Candid, balanced, and tough-minded, Combat Swimmer is a fascinating and thrilling look into the life of an extraordinary kind of fighting man.