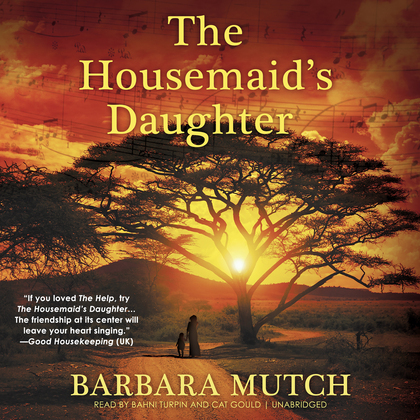 by Barbara Mutch (Author), Bahni Turpin (Narrateur), Cat Gould (Narrateur)
Excerpt
Fiction Historical
warning_amber
One or more licenses for this book have been acquired by your organisation details
AUDIOBOOK
Unlimited loans, One at a time
Details

When Cathleen Harrington leaves her home in Ireland in 1919 to travel to South Africa, she knows that she does not love the man she is to marry there—her fianc├® Edward, whom she has not seen for five years. Isolated and estranged in a small town in the harsh Karoo desert, her only real companions are her diary and her housemaid, and later the housemaid's daughter, Ada. When Ada is born, Cathleen recognizes in her someone she can love and respond to in a way that she cannot with her own family.

Under Cathleen's tutelage, Ada grows into an accomplished pianist and a reader who cannot resist turning the pages of the diary, discovering the secrets Cathleen sought to hide. As they grow closer, Ada sees new possibilities in front of her—a new horizon. But in one night, everything changes, and Cathleen comes home from a trip to find that Ada has disappeared, scorned by her own community. Cathleen must make a choice: should she conform to society or search for the girl who has become closer to her than her own daughter?

Set against the backdrop of a beautiful yet divided land, The Housemaid's Daughter is a startling and thought provoking novel that intricately portrays the drama and heartbreak of two women who rise above cruelty to find love, hope, and redemption.