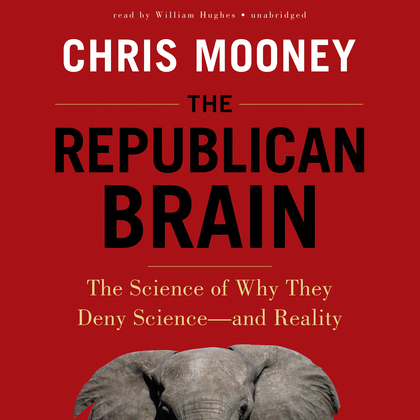 Bestselling author Chris Mooney uses cutting-edge research to explain the psychology behind why today’s Republicans reject reality—it’s just part of who they are. From climate change to evolution, the rejection of mainstream science among Republicans is growing, as is the denial of expert consensus on the economy, American history, foreign policy, and much more. Why won’t Republicans accept things that most experts agree on? Why are they constantly fighting against the facts? Science writer Chris Mooney explores brain scans, polls, and psychology experiments to explain why conservatives today believe more wrong things, appear more likely than Democrats to oppose new ideas and less likely to change their beliefs in the face of new facts, and sometimes respond to compelling evidence by doubling down on their current beliefs.

Certain to spark discussion and debate, The Republican Brain also promises to add to the lengthy list of persuasive scientific findings that Republicans reject and deny.