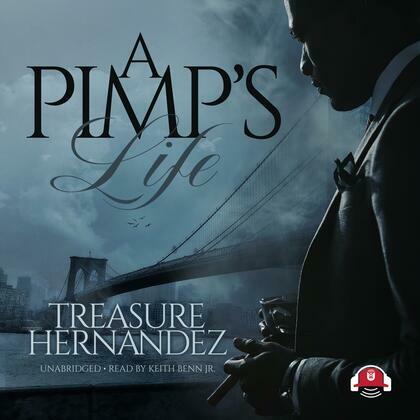 In the tradition of Donald Goines and Iceberg Slim comes A Pimp’s Life, the story of the rise and fall of Mack Jones. He’s at the top of his pimp game in Queens, New York, until he breaks one of the cardinal rules of Pimping 101 and falls in love with one of his girls.

Destiny was once an innocent young girl tricked into selling her body, but now she’s as tough as the most seasoned professionals on the street. Then a tragic turn of events causes her to open her heart once again. When Mack is shot, she stays by his side during his recovery, proving herself to be as devoted as any wife would be to her husband.

After she sees that Mack has regained his strength, Destiny finally gathers the courage to leave the life behind her, and Mack is forced to make a decision. He won’t stop her from leaving, but he must decide if he will follow her out of the game. Will he stay with what he’s always known, or take a chance on love? And even if he does choose to get out, will the streets let him go that easy?