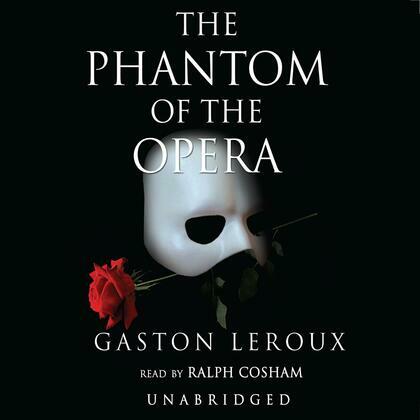 A shadow of unease; a quickening pulse; an unnamed fear breathing on the collar of those who sit alone in their dressing rooms at the great Paris Opera. An unbearable compulsion to glance quickly over a shoulder in the dark corridors to the stage would sometimes reveal a figure in evening clothes moving softly in the shadows—a figure no one could name. Nothing is done, however, until the disappearance of the young singer Christine Daaé during her triumphant performance. With an increasing pattern of fear and violence, the Phantom of the Opera begins to strike, but always with a beautiful young performer at the center of his deadly desires.

Throughout the twentieth-century and beyond, this haunting tale has gripped audiences the world over—on screen, on stage, and on paper. Blackstone’s thrilling narration of this classic mystery was nominated for a 2006 Audie Award.