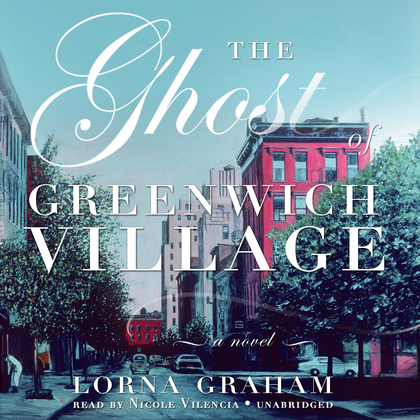 The Ghost of Greenwich Village

In the tradition of Sophie Kinsella and Lauren Weisberger comes this charming debut about a young woman who moves to Manhattan in search of romance and excitement, only to find that her apartment is haunted by the cantankerous ghost of an old beat-generation writer, who needs her help in finishing his life’s work.

For Eve Weldon, moving to Greenwich Village is a dream come true. She grew up listening to stories of her mother’s time there during the bohemian era of the sixties, when she immersed herself in a lively community of artists and writers. But when Eve finally arrives, the only writer she meets is a cranky ghost named Donald, and the only writing she manages to do is for a morning news show called Smell the Coffee. The competitive environment of the network is a far cry from the congenial camaraderie of the literary scene in her mother’s day, and Eve begins to wonder if the world she sought has disappeared entirely. But as she struggles to balance her new job, a budding friendship with a legendary fashion designer, and a search for clues to her mother’s past, she starts to realize that community can come in all different forms and that the true magic of Greenwich Village is eternal, though it may sometimes reveal itself in the most unexpected ways.