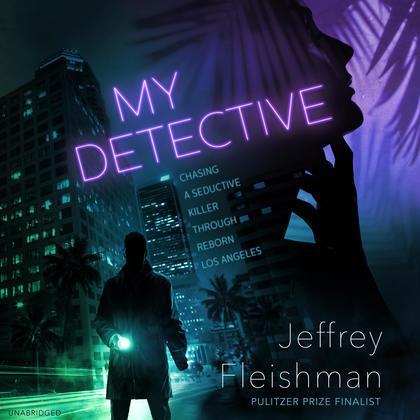 Los Angeles is booming. Money is pouring in. Buildings are going up. But someone is killing architects.

Detective Sam Carver journeys through sins scattered across the City of Angels, where hipsters, homeless, immigrants, producers, politicians, movie stars, and cops collide in mysterious ways. Every move Carver makes is anticipated by the killer, Dylan Cross. She has hacked his computer and knows his diaries and secrets. She sees in him a kindred and damaged spirit, a man who can understand her crimes, heal her scars, and love her. Dylan is reclaiming herself from a past of brutal injustices inflicted by a world of misogyny and power. Detective Carver is dealing with his own troubled history: an elusive and violent father.

My Detective is a story of obsession set against vengeance and prayers of forgiveness in a city that is as cruel as it is fantastical. It captures modern Los Angeles in real time, an eerie glide through the imagination, where winds gust high above the San Gabriel Mountains and neighborhoods stretch toward the ocean like the flash and tremor of a dream. The novel speaks to our sense of beauty in a new century and the demons we rouse when we dare to create a new metropolis.