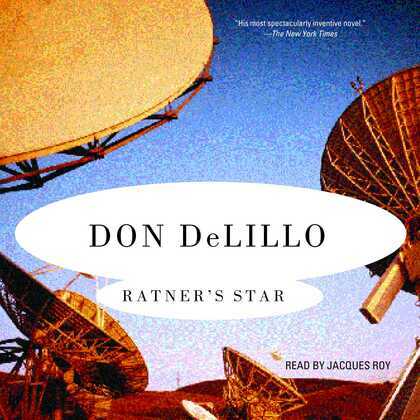 "A whimsical, surrealistic excursion into the modern scientific mind." —The New Yorker

"His most spectacularly inventive novel." —The New York Times

One of DeLillo's first novels, Ratner's Star follows Billy, the genius adolescent, who is recruited to live in obscurity, underground, as he tries to help a panel of estranged, demented, and yet lovable scientists communicate with beings from outer space. It is a mix of quirky humor, science, mathematical theories, as well as the complex emotional distance and sadness people feel. Ratner's Star demonstrates both the thematic and prosaic muscularity that typifies DeLillo's later and more recent works.