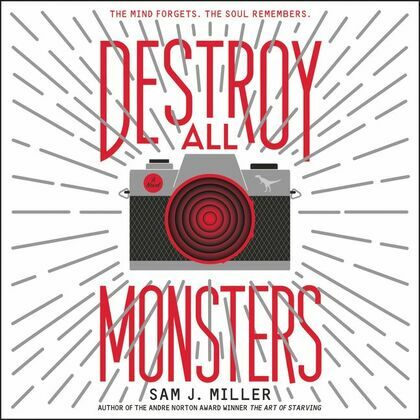 by Sam J. Miller (Author), Brittany Pressley (Narrateur), Zach Webber (Narrateur)
Excerpt
warning_amber
One or more licenses for this book have been acquired by your organisation details
AUDIOBOOK
Unlimited loans, One at a time
Details

Solomon and Ash both experienced a traumatic event when they were twelve.

Ash lost all memory of that event when she fell from Solomon’s treehouse. Since then, Solomon has retreated further and further into a world he seems to have created in his own mind. One that insulates him from reality, but crawls with foes and monsters . . . in both animal and human form.

As Solomon slips further into the place he calls Darkside, Ash realizes her only chance to free her best friend from his pain is to recall exactly what happened that day in his backyard and face the truth—together.

Fearless and profound, Sam J. Miller’s follow up to his award-winning debut novel, The Art of Starving, spins an intimate and impactful tale that will linger with readers.