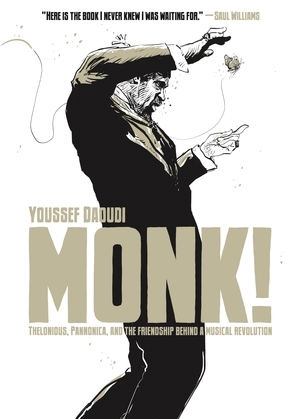 "Read this invigorating graphic narrative, then?quickly, before the spell breaks!?play one of Monk's records." ?Saul Williams

She is Kathleen Annie Pannonica de Koenigswarter, a free-spirited baroness of the Rothschild family. He is Thelonious Sphere Monk, a musical genius fighting against the whims of his troubled mind. Their enduring friendship begins in 1954 and ends only with Monk?s death in 1982.

Set against the backdrop of New York during the heyday of jazz, Monk! explores the rare alchemy between two brilliant beings separated by an ocean of social status, race, and culture, but united by an infinite love of music. This breathtaking graphic novel by Youssef Daoudi beautifully captures the life of the ?the high priest of bop? in spontaneous, evocative pen and ink that seems to make visible jazz itself.