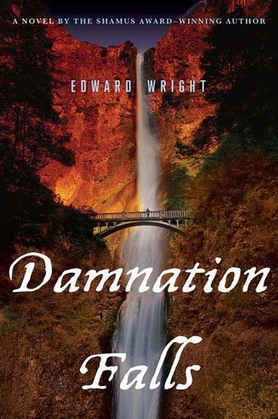 Randall Wilkes, his big-city journalism career in ruins, has returned after twenty years to Pilgrim's Rest, the Tennessee hill town where he grew up. He has taken on a lucrative but low-prestige writing job for Sonny McMahan, a former governor and Randall's boyhood friend, whose own career is under a shadow and who needs a ghost-written autobiography to ease his way back into politics. Randall encounters Faye McMahan, Sonny's mother, who is addled with age, imagining that her dead husband is alive and worrying that her son might be in danger. Hours later, amid a violent autumn storm, Randall finds Faye murdered, hanging by the neck from a bridge over the town landmark called Damnation Falls. Within days, a second murder, even more grisly than the first, targets another member of the McMahan clan. And the bones of a third, long-buried murder victim ?a young woman?emerge from the earth.
Randall has ties to all the victims, and the murders force him to acknowledge debts that go back decades. Drawing on his investigative skills and his roots in the region, he sets out to discover who is behind the killings. His search takes him from the flatlands of the Mississippi delta to the Great Smoky Mountains in the east. Tennessee is a state that was split by the Civil War, where history still lies close to the surface, and tales of murder and betrayal have weighed heavily on the town of Pilgrim's Rest. Before all the answers are in, more people will die, an old score will be settled, and the dead will finally tell their stories.