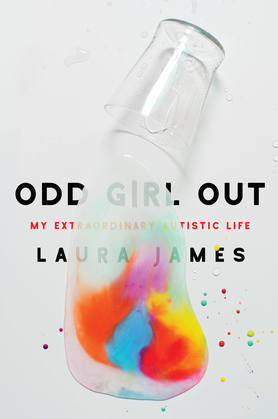 A sensory portrait of an autistic mind

From childhood, Laura James knew she was different. She struggled to cope in a world that often made no sense to her, as though her brain had its own operating system. It wasn't until she reached her forties that she found out why: Suddenly and surprisingly, she was diagnosed with autism.

With a touching and searing honesty, Laura challenges everything we think we know about what it means to be autistic. Married with four children and a successful journalist, Laura examines the ways in which autism has shaped her career, her approach to motherhood, and her closest relationships. Laura's upbeat, witty writing offers new insight into the day-to-day struggles of living with autism, as her extreme attention to sensory detail -- a common aspect of her autism -- is fascinating to observe through her eyes.

As Laura grapples with defining her own identity, she also looks at the unique benefits neurodiversity can bring. Lyrical and lush, Odd Girl Out shows how being different doesn't mean being less, and proves that it is never too late for any of us to find our rightful place in the world.