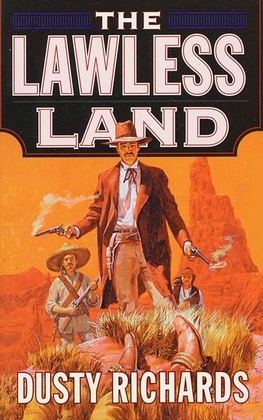 In 1880, Arizona Territory was an outlaw's paradise.

The gunmen rode hard along the border, raping, stealing, murdering and burning their way to plunder and wealth. Guided by a powerful landownewr and his vicious outlaw capitan, the Border Gang was organized, mean, and armed to the teeth. In Prescott, the governor knew Arizon'as sheriffs couldn't stop the killing--and statehood was in peril. Then a military man named Bowen stepped in with a plan: find a few good men, call them marshals, and send them after the Border Gang.

Then the law struck back with a man named Mayes.

Sam T. Mayes, a soldier turned Denver detective, was Bowen's first and only choice. Now Mayes, accompanied by an alcoholic army scout, a wanted man, and a fierce native woman, would ride against the cutthroat Maye's job was to put the killers behind bars--or put them in the ground. His reward: the first badge ever worn by U.S. Territorial Marshal...