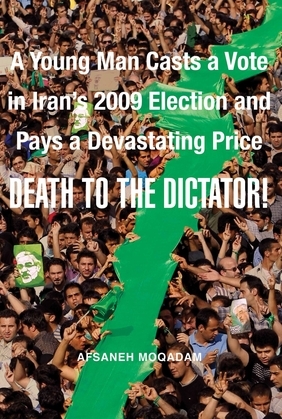 Death to the Dictator!

Tehran, June 12, 2009. Mohsen Abbaspour, an ordinary young man in his twenties?not particularly political, or ambitious, or worldly?casts the first vote of his life in Iran's tenth presidential election. Fed up with rising unemployment and inflation, he backs the reformist party and its candidate, Mir-Hossein Mousavi. Mohsen believes his vote will count.

It will not. Almost the instant the polls close, Mahmoud Ahmadinejad will declare himself president by an overwhelming majority. And as the Western world scrambles to make sense of the brazenly fraudulent election, Mohsen, along with his friends and family and neighbors, will experience a sense of utter desolation, and then something else: an increasingly sharper feeling?the beginning of anger. In a matter of weeks, millions of Iranians will flow into the streets, chanting in protest, "Death to the dictator!" Mohsen Abbaspour will be swept up in an uncontrollable and ultimately devastating chain of events.

Like Philip Gourevitch's We Wish to Inform You That Tomorrow We Will Be Killed with Our Families and Ryszard Kapuscinski's incisive reportage, Death to the Dictator! stuns readers with its heartbreaking immediacy. Our pseudonymous author was a keen eyewitness in Tehran during the summer of 2009 and beyond. In this brave and true book, we see what we are not supposed to see, and learn what we are not supposed to know.