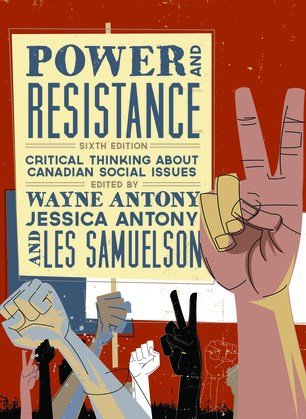 How do we make sense of the social problems that continue to plague Canadian society? Our understanding of issues such as poverty, racism, violence, homophobia, crime and pollution stems from our view of how society is structured. From the dominant neoliberal perspective, social problems arise from individuals making poor choices. From a critical perspective, however, these social troubles are caused by structural social inequalities. Disparities in economic, social and political power ? that is, relations of power based on class, race, gender and sexual orientation ? are the central structural element of capitalist, patriarchal, colonialist societies.

The contributors to Power and Resistance use this critical perspective to explore Canadian social issues such as poverty, colonialism, homophobia, violence against women, climate change and so on. This sixth edition adds chapters on the corporatization of higher education, the lethal impacts of colonialism, democracy, the social determinants of health, drug policy and sexual violence on campus.