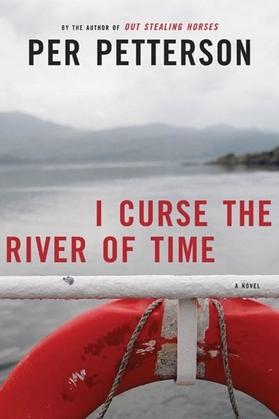 I Curse the River of Time

Norway, 1989: Communism is unraveling all over Europe. Arvid Jansen, thirty-seven, is trying to bridge the yawning gulf that opened up years earlier between himself and his mother. He is in the throes of a divorce, and she has just been diagnosed with cancer.

Over a few intense autumn days, Arvid struggles to find a new footing in his life. As he attempts to negotiate the present changes around him, he casts his mind back to holidays on the beach with his brothers, and to the early days of his courtship. Most importantly, he revisits the idealism of his communist youth, when he chose the factory floor over the college education his mother had struggled so hard to provide. Back then, Arvid's loyalty to his working-class background outweighed his mother's wish for him to escape it.

As Petterson's masterful narrative shifts effortlessly through the years, we see Arvid tentatively circling his mother, unable to tell her what she already knows he is thinking. In its piercing portrait of their layered relationship, I Curse the River of Time bears all the hallmarks of Petterson's compassion for humanity that has won him readers the world over.