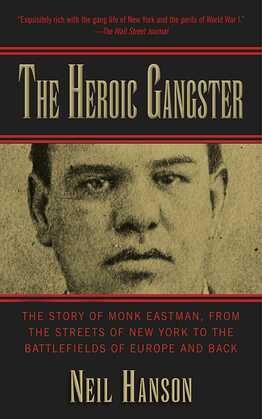 Monk Eastman was born in 1873 to a respectable New York family. By the age of eighteen he was running the streets of Lower Manhattan, first starting as a bouncer, and later as a gang leader who led an army of two thousand. He had both politicians and cops in his pocket and seemed untouchable.

That all changed when he was sentenced to ten years at Sing Sing prison after several battles with Pinkerton detectives. He ended up losing all his territory and by the time he got out, realized that the streets were no longer safe enough for him to be around. With that, he immediately joined the New York National Guard, going from a street kingpin to a lowly private.

Taking what he learned from the streets, Monk quickly proved himself, as his division was put on the front lines during the trench warfare of World War I. He came back to New York a hero and was given a governor?s pardon. He was back on top; but the real question was, would he be able to leave his past behind? This incredible story, told by Neil Hanson, relives for the reader the history of Monk Eastman, New York, and a pivotal point in our country?s history.