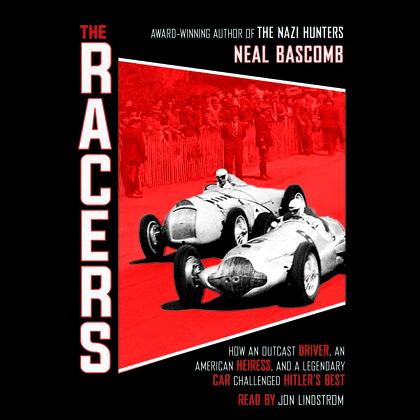 Racers: How an Outcast Driver, an American Heiress, and a Legendary Car Challenged Hitler's Best

The heart-pounding story of an unlikely band of ragtags who took on Hitler's Grand Prix driver.

In the years before World War II, Adolf Hitler wanted to prove the greatness of the Third Reich in everything from track and field to motorsports. The Nazis poured money into the development of new race cars, and Mercedes-Benz came out with a stable of supercharged automobiles called Silver Arrows. Their drivers dominated the sensational world of European Grand Prix racing and saluted Hitler on their many returns home with victory.
As the Third Reich stripped Jews of their rights and began their march toward war, one driver, René Dreyfus, a Frenchman of Jewish heritage who had enjoyed some early successes on the racing circuit, was barred from driving on any German or Italian race teams, which fielded the best in class, due to the rise of Hitler and Benito Mussolini. So it was that in 1937, Lucy Schell, an American heiress and top Monte Carlo Rally driver, needed a racer for a new team she was creating to take on Germany's Silver Arrows. Sensing untapped potential in Dreyfus, she funded the development of a nimble tiger of a new car built by a little-known French manufacturer called Delahaye. As the nations of Europe marched ever closer to war, Schell and Dreyfus faced down Hitler's top drivers, and the world held its breath in anticipation, waiting to see who would triumph.