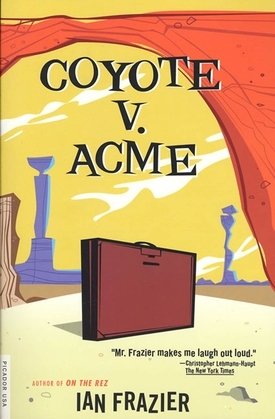 Twenty-two side-splitting glimpses into some oddball corners of the American mind from bestselling author Ian Frazier.

The title essay of Coyote v. Acme, Frazier's second collection of humorous essays, imagines the opening statement of an attorney representing cartoon character Wile E. Coyote in a product liability suit against the Acme Company, supplier of unpredictable rocket sleds and faulty spring-powered shoes. Other essays are about Bob Hope's golfing career, a commencement address given by a Satanist college president, a suburban short story attacked by the Germans, the problem of issues versus non-issues, and the theories of revolutionary stand-up comedy from Comrade Stalin.

From first to last, this is Frazier at his hilarious best.