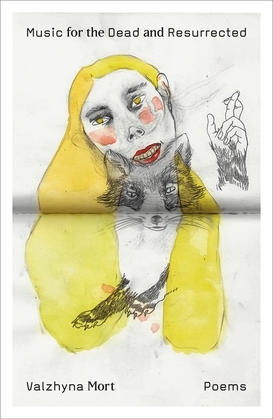 Music for the Dead and Resurrected

by Valzhyna Mort (Author)
EPUB
Unlimited loans, 2 years, One at a time
Details

In her book of letters to the dead, the prize-winning poet Valzhyna Mort relearns how to mourn those erased by violent history.

With shocking, unforgettable lyric force, Valzhyna Mort?s Music for the Dead and Resurrected confronts
the legacy of violent death in one family in Belarus. In these letters to the dead, the poet asks: How do we mourn after a century of propaganda? Can private stories challenge the collective power of Soviet and American historical mythology?

Mort traces a route of devastation from the Chernobyl fallout and a school system controlled by ideology to the Soviet labor camps and the massacres of World War II. While musical form serves as a safe house for the poet?s voice, old trees speak to her as the only remaining witnesses, hosts to both radiation and memory.

Valzhyna Mort, born in Belarus and now living in the United States, conjures a searing, hallucinogenic ritual of rhythmic remembrance in a world where appeals to virtue and justice have irrevocably failed.