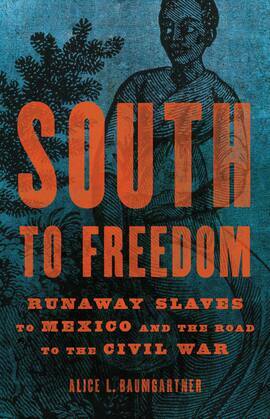 A brilliant and surprising account of the coming of the American Civil War, showing the crucial role of slaves who escaped to Mexico.

The Underground Railroad to the North promised salvation to many American slaves before the Civil War. But thousands of people in the south-central United States escaped slavery not by heading north but by crossing the southern border into Mexico, where slavery was abolished in 1837.

In South to Freedom, historian Alice L. Baumgartner tells the story of why Mexico abolished slavery and how its increasingly radical antislavery policies fueled the sectional crisis in the United States. Southerners hoped that annexing Texas and invading Mexico in the 1840s would stop runaways and secure slavery's future. Instead, the seizure of Alta California and Nuevo México upset the delicate political balance between free and slave states. This is a revelatory and essential new perspective on antebellum America and the causes of the Civil War.