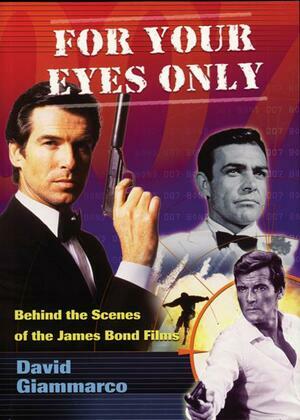 For Your Eyes Only

All-new stories told by the people who make Bond come to life. For Your Eyes Only: Behind the Scenes of the Bond Films is a rare tour of the world's most successful film series of all time. Explore the exciting world of James Bond through unprecedented access on the 007 sets and exclusive interviews with Bond's leading players, from Pierce Brosnan, Roger Moore, Timothy Dalton, and Sean Connery, to the key directors, stunt and special effects wizards, to the legendary producers and writers, to old series favourites like "Q" and Miss Moneypenny. And, oh yes, the bevy of Bond girl beauties. Retracing the cultural and political impact of the Bond series, the book also features interviews with such luminaries as Hugh Hefner and CIA agent E. Howard Hunt discussing the Bond phenomenon. From literary beginnings, to international film sensation, to mid-'80s faltering, to the spectacular resurgence when Pierce Brosnan took over the infamous role, James Bond is now more popular - and a bigger box-office behemoth - than ever before. Tomorrow Never Dies - and neither does Bond ? James Bond.