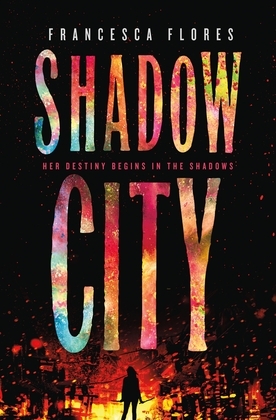 Francesca Flores' Shadow City is the stunning action-packed conclusion to The City of Diamond and Steel duology.

Aina Solís has fought her way to the top of criminal ranks in the city of Kosín by wresting control of an assassin empire owned by her old boss, Kohl. She never has to fear losing her home and returning to life on the streets again?except Kohl, the man who tried to ruin her life, will do anything to get his empire back. Aina sets out to kill him before he can kill her.

But Alsane Bautix, the old army general who was banned from his seat in the government after Aina revealed his corruption, is working to take back power by destroying anyone who stands in his way. With a new civil war on the horizon and all their lives at risk, the only way for Aina to protect her home is to join up with the only other criminal more notorious than her: Kohl himself.

As Bautix?s attacks increase, Aina and Kohl work together to stop his incoming weapons shipments and his plans to take back the Tower of Steel. To defeat them both, Aina will resort to betrayal, poison, and a deadly type of magic that hasn?t been used in years.

Through narrow alleys, across train rooftops, and deep in the city?s tunnels, Aina and Kohl will test each other?s strengths and limits, each of them knowing that once Bautix is dead, they?ll still have to face each other. If she manages to kill him, she?ll finally have the freedom she wants?but it might forever mark her as his shadow in a city where only the strongest survive.