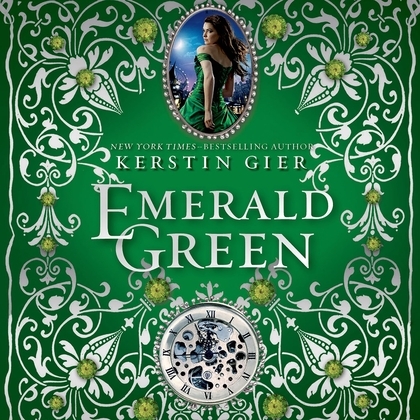 by Kerstin Gier (Author), Marisa Calin (Narrateur), Anthea Bell (Translator)
Excerpt
warning_amber
One or more licenses for this book have been acquired by your organisation details
AUDIOBOOK
Unlimited loans, 2 years, One at a time
Details

In Kerstin Gier's Emerald Green, Gwen has a destiny to fulfill, but no one will tell her what it is.

She's only recently learned that she is the Ruby, the final member of the time-traveling Circle of Twelve, and since then nothing has been going right. She suspects the founder of the Circle, Count Saint-German, is up to something nefarious, but nobody will believe her. And she's just learned that her charming time-traveling partner, Gideon, has probably been using her all along.
This stunning conclusion to The Ruby Red Trilogy picks up where Sapphire Blue left off, reaching new heights of intrigue and romance as Gwen finally uncovers the secrets of the time-traveling society and learns her fate.