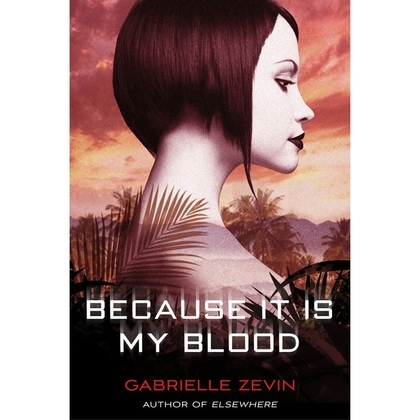 Because It Is My Blood

A Novel
by Gabrielle Zevin (Author), Ilyana Kadushin (Narrateur)
Excerpt
warning_amber
One or more licenses for this book have been acquired by your organisation details
AUDIOBOOK
Unlimited loans, 2 years, One at a time
Details

In this thrilling novel about a reluctant mobster, Anya tries to shatter the ties that bind--with deadly consequences. Because It Is My Blood is the second stunning novel in Gabrielle Zevin's Birthright series.

"Every time I think I'm out, they pull me back in."- Michael Corleone, The Godfather

Since her release from Liberty Children's Facility, Anya Balanchine is determined to follow the straight and narrow. Unfortunately, her criminal record is making it hard for her to do that. No high school wants her with a gun possession charge on her rap sheet. Plus, all the people in her life have moved on: Natty has skipped two grades at Holy Trinity, Scarlet and Gable seem closer than ever, and even Win is in a new relationship.

But when old friends return demanding that certain debts be paid, Anya is thrown right back into the criminal world that she had been determined to escape. It's a journey that will take her across the ocean and straight into the heart of the birthplace of chocolate where her resolve--and her heart--will be tested as never before.