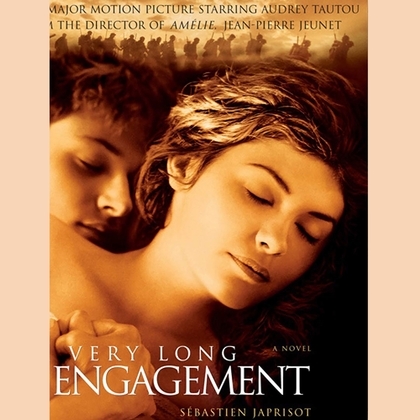 Now a major motion picture from Amelie's director Jean-Pierre Jeunet and featuring Audrey Tautou and Jodie Foster comes a very different love story: A Very Long Engagement based on the acclaimed novel by Sébastien Japrisot
A runaway bestseller in France and winner of the 1991 Prix Interallié, Sébastien Japrisot's novel about World War I was acclaimed as "a latter-day War and Peace" by The New York Times.
Set during and after the First World War, A VERY LONG ENGAGEMENT is the tale of a young woman's search for her fiancé who she believes might still be alive despite having officially been reported as "killed in the line of duty." Unable to walk since childhood, fearless Mathilde Donnay is undeterred in her quest as she scours the country for information about five wounded French soldiers who were brutally abandoned by their own troops. A VERY LONG ENGAGEMENTis a mystery, a love story, and an extraordinary portrait of life in France before and after the War.