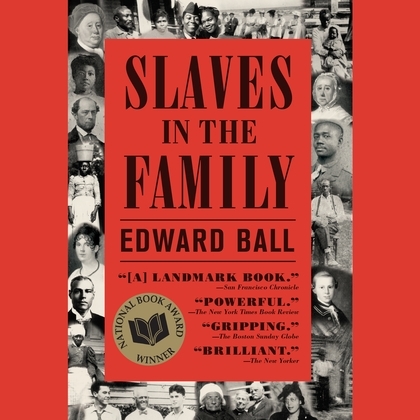 Slaves in the Family

This program is read by the author.

Twenty years after this celebrated work of narrative nonfiction won the National Book Award and changed the American conversation about race, Slaves in the Family makes its audio debut, with a new preface by the author.

The Ball family hails from South Carolina—Charleston and thereabouts. Their plantations were among the oldest and longest-standing plantations in the South. Between 1698 and 1865, close to four thousand black people were born into slavery under the Balls or were bought by them.

In Slaves in the Family, Edward Ball recounts his efforts to track down and meet the descendants of his family's slaves. Part historical narrative, part oral history, part personal story of investigation and catharsis, Slaves in the Family is, in the words of Pat Conroy, "a work of breathtaking generosity and courage, a magnificent study of the complexity and strangeness and beauty of the word ‘family.'"