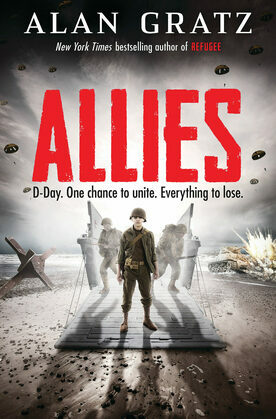 June 6, 1944: The Nazis are terrorizing Europe, on their evil quest to conquer the world. The only way to stop them? The biggest, most top-secret operation ever, with the Allied nations coming together to storm German-occupied France.<br /><br />Welcome to D-Day.<br /><br />Dee, a young U.S. soldier, is on a boat racing toward the French coast. And Dee -- along with his brothers-in-arms -- is terrified. He feels the weight of World War II on his shoulders.<br /><br />But Dee is not alone. Behind enemy lines in France, a girl named Samira works as a spy, trying to sabotage the German army. Meanwhile, paratrooper James leaps from his plane to join a daring midnight raid. And in the thick of battle, Henry, a medic, searches for lives to save.<br /><br />In a breathtaking race against time, they all must fight to complete their high-stakes missions. But with betrayals and deadly risks at every turn, can the Allies do what it takes to win?