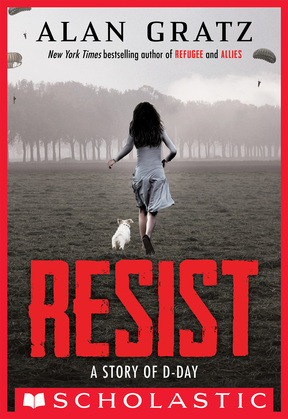 Resist: A Story of D-Day

In <i>Allies</i>, Alan Gratz's thrilling novel of D-Day, we met Samira, a young girl who is part of the underground French resistance during World War II. Samira cracks codes and trades secrets in order to sabotage the Nazis' plans.<br /><br />In <i>Resist</i>, we delve deeper into Samira's story. Here, we follow Samira as she journeys through the Nazi-occupied French countryside, on a daring rescue mission to find her captured mother. Accompanied only by a loyal dog named Cyrano, Samira must rely on her courage and wits to avoid and outsmart the German forces. But it's D-Day, and with the Allied forces landing in Europe, fierce battles are raging all around. Can Samira reach her mother and save her in time?<br /><br />This action-packed World War II short story can be read before or after <i>Allies </i>-- or entirely on its own!