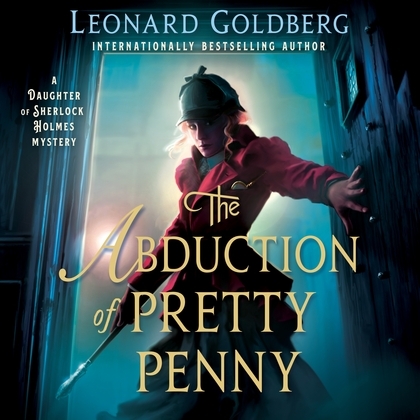 The Abduction of Pretty Penny

A continuation of USA Today bestselling author Leonard Goldberg's Daughter of Sherlock Holmes series, The Abduction of Pretty Penny finds Joanna and the Watsons on the tail of an infamous killer.

Joanna and the Watsons are called in by the Whitechapel Playhouse to find Pretty Penny, a lovely, young actress who has gone missing without reason or notice. While on their search, the trio is asked by Scotland Yard to join in the hunt for a vicious murderer whose method resembles that of Jack The Ripper. It soon becomes clear that The Ripper has reemerged after a 28-year absence and is once again murdering young prostitutes in Whitechapel.

Following a line of subtle clues, Joanna quickly reasons that Pretty Penny has been taken capture by the killer. But as Joanna moves closer to learning his true identity, the killer sends her a letter indicating her young son Johnny will be the next victim to die. Time is running out, and Joanna has no choice but to devise a most dangerous plan which will bring her face-to-face with the killer. It is the only chance to protect her son and rescue Pretty Penny, and save both from an agonizing death.

The Abduction of Pretty Penny is a wonderful new entry in a series that the Historical Novel Society calls “one of the best Sherlock Holmes series since Laurie R. King’s Mary Russell books."