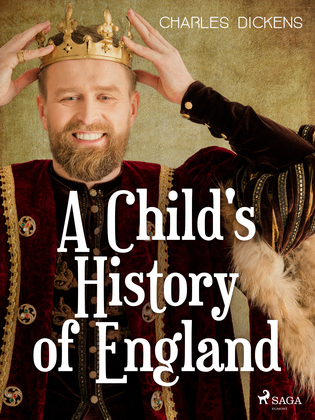 A Child's History of England

"There were two Popes at this time (as if one were not enough!), and their quarrels involved Europe in a great deal of trouble."
If only history could always be this fun! Unlike Shakespeare?s history plays before him, Charles Dickens doesn?t fictionalize British history here as much as he just makes it incredibly readable and entertaining. A Child's History of England is written chronologically with no complicated analysis, but full of great stories and anecdotes. It reads like a novel but is fairly accurate, and any child as well as adult will come away from it with good knowledge of basic English history.

Charles Dickens (1812-1870) was an English author, social critic, and philanthropist. Much of his writing first appeared in small instalments in magazines and was widely popular. Among his most famous novels are Oliver Twist (1839), David Copperfield (1850), and Great Expectations (1861).