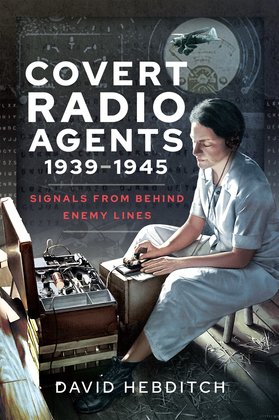 “A treasure of a book…An authentic adventure saga [and] a very human story generously seasoned with ingenuity, technology and hardy individualism.” —K9YA Telegraph

Clandestine radio operators had one of the most dangerous jobs of World War II. Those in Nazi-occupied Europe for the SOE, MI6, and OSS had a life expectancy of just six weeks. In the Gilbert Islands, the Japanese decapitated seventeen New Zealand coastwatchers.

These highly skilled agents’ main tasks were to maintain regular contact with their home base and pass vital intelligence back. As this meticulously researched book reveals, many operators did more than that. Norwegian Odd Starheim hijacked a ship and sailed it to the Shetlands. In the Solomon Islands Jack Read and Paul Mason warned the defenders of Guadalcanal about incoming enemy air raids, giving American fighters a chance to inflict irreversible damage on the Japanese Air Force. In 1944 Arthur Brown was central to Operation Jedburgh’s success delaying the arrival of the SS Das Reich armored division at the Normandy beachheads. The author also explains in layman’s terms the technology of 1940s radios and the ingenious codes used.

Most importantly, Covert Radio Agents tells the dramatic human stories of these gallant behind-the-lines radio agents. Who were they? How were they trained? How did they survive against the odds? This is a highly informative and uplifting history of World War II’s unsung heroes.