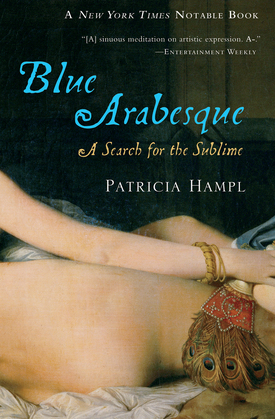 These meditations inspired by a Matisse painting are “a paean to the act of seeing, celebrating our capacity to be transformed by the truths art holds.” —The New York Times Book Review

Just out of college, Patricia Hampl was mesmerized by a Matisse painting in the Art Institute of Chicago: an aloof woman gazing at goldfish in a bowl, a Moroccan screen behind her. In Blue Arabesque, Hampl explores the allure of this lounging woman, immersed in leisure, so at odds with the rush of the modern era. Hampl’s meditation takes us to the Cote d’Azur and to North Africa, from cloister to harem, pondering figures as diverse as Eugene Delacroix, F. Scott Fitzgerald, and Katherine Mansfield. Returning always to Matisse’s portraits of languid women, she discovers they were not decorative indulgences but something much more. Moving with the life force that Matisse sought in his work, Blue Arabesque is Hampl’s dazzling and critically acclaimed tour de force.