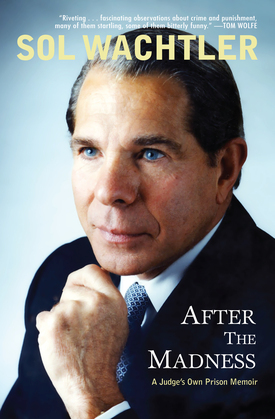 In this, his prison diary, Wachtler reveals the stark reality behind his vertiginous fall from the heights of the legal establishment to the underbelly of the criminal justice system. Sentenced to a medium security prison in Butner, North Carolina, Wachtler is stabbed by an unseen assailant, berated by prison guards, and repeatedly placed in solitary confinement with no explanation. Moreover, as a prisoner he confronts firsthand the inequities of a system his judicial rulings helped to construct and befriends the type of people he once sentenced.

With unflinching honesty, Wachtler draws on his unique experience of living life on both sides of the bench to paint a chilling portrait of prison life interwoven with a no‑holds‑barred analysis of the shortcomings of the American legal justice system.
Publication date
April 29, 2014
Publisher
Open Road Media
Page count
320
ISBN
9781480495753
Paper ISBN
9781497637139
File size
2 MB