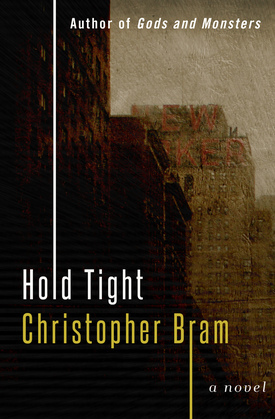 by Christopher Bram (Author)
Excerpt
Fiction LGBTQ+
EPUB
Unlimited loans, One at a time
Details
During World War II, a gay navy sailor works undercover to catch Nazi spies, in this “fast-moving” novel from the author of Gods and Monsters (Publishers Weekly).

During shore leave in New York, Seaman Second Class Hank Fayette, a Texas country boy in the big city, finds himself visiting a gay brothel, where he is swiftly arrested during a raid. Facing the prospect of a dishonorable discharge—or worse—he is given another option: Return to the brothel, near Manhattan’s West Side piers, and work undercover as a prostitute.

Nazi agents are rumored to haunt the area, and Hank is a perfect lure to trap them. This military man is about to risk his life for his country in a way he never expected in “a spy thriller that breaks new ground” from the author of Eminent Outlaws and The Notorious Dr. August (Kirkus Reviews).
Publication date
May 28, 2013
Publisher
Open Road Media
Page count
280
ISBN
9781480424548
Paper ISBN
9780452262263