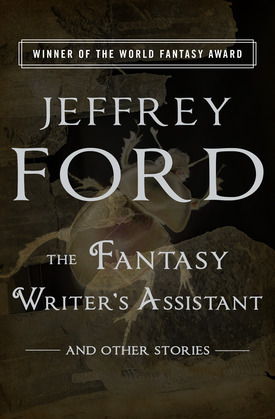 No matter how far into the realms of space and fantasy Jeffrey Ford’s stories may venture, they have one trait in common: They’re grounded in the universal. The Fantasy Writer’s Assistant, Ford’s debut collection, is no exception. “Creation,” which received the World Fantasy Award for Best Short Story and a nomination for a Nebula Award, relates a boy’s attempts to animate a man made of sticks and pebbles. Even as the creature’s life fades along with the summer, its loneliness and yearning for contact are palpable.

Other blends of the worldly and otherworldly are evident in “Bright Morning,” in which a man searches far and wide for a cursed Kafka book, and “At Reparata,” when the grief of a king over the death of his queen takes the form of a destructive moth that could overtake the entire kingdom. The Fantasy Writer’s Assistant, its titular story another Nebula Award finalist, reveals Jeffrey Ford at his creative best.
Contributor
Michael Swanwick (Introduction author)
Publication date
June 09, 2015
Publisher
Open Road Media Sci-Fi & Fantasy
Page count
254
ISBN
9781480411050