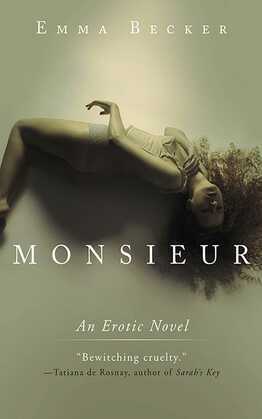 A young woman in Paris discovers the dangers of passion when she pursues an anonymous affair with a married man.

Beginning with their first frenzied hook-up in a hotel room in the fifteenth arrondissement, Monsieur details the clandestine Tuesday morning hotel meetings and fleeting phone calls that span several months of sexual adventure. Generous with her body and never lacking imagination—or partners, both men and women—Elle illuminates her deviations in a fearless and ferocious confessional. From her seduction of Monsieur to its devastating aftermath, from the height of desire to a descent into cruel fantasy, Elle reveals the uninhibited fulfillment and stunning disenchantment of a twenty-first-century Lolita.