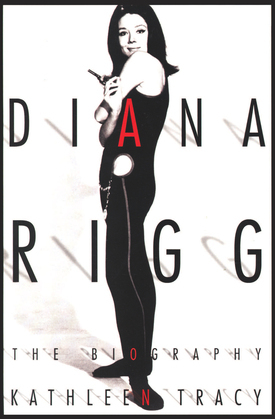 The true story of the award-winning actress who became an icon as Emma Peel on The Avengers.

Voted the “sexiest television star of all time” by TV Guide readers, Diana Rigg is best known as the brilliant and seductive British agent Emma Peel on The Avengers. But the Tony and Emmy Award–winning actress is famous not only for her talent, but for her keen intelligence and strong opinions as well.

This biography reveals the fascinating professional and personal life of this rebellious, outspoken icon—from her childhood in India and early days with the Royal Academy of Dramatic Art in London to her tenure on The Avengers, her role in the Bond film On Her Majesty’s Secret Service, and her distinguished stage career.